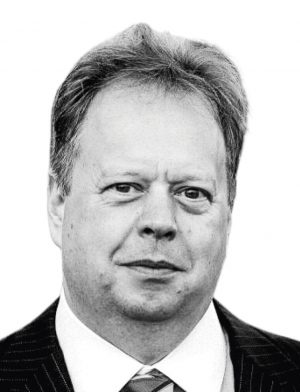 Chairman of the Board

Andy has over 41 years of automotive industry experience and was named by autoexpress as the most influential British person in the industry in the past 30 years. He was awarded automotive news all stars in 2018. He is the founder and CEO of Palmer Automotive Ltd and serves as Chairman of Optare Ltd, as well as non-Executive Director / Advisor of Ashok Leyland Ltd, Secured by Designs Ltd and Falcon Group. He was the President and Group CEO of Aston Martin from 2014 to 2020. In 2017, he was appointed as Chairman of the productivity and skills commission of the new West Midlands Combined Authority (WMCA). Andy was previously the Chief Planning Officer, Executive Vice-President and member of the Executive committee of Nissan Motor Company, reporting directly to Nissan’s president and CEO, Mr Carlos Ghosn. He shared the Chief Operating Officer role with two Nissan executives. Palmer was also Chairman of Infiniti, and President of Nissan Motor Light Truck Co, a member of the Board of Directors of Nissan (China) Investment Company (NCIC), and of Nissan’s joint ventures with India’s Ashok Leyland. He has been called an “Engineer-turned-Marketing Guru [with a] raw instinct.” He secured his Master’s degree in Product Engineering; and Doctorate in Engineering; is a Chartered Engineer, a Fellow of the Institution of Mechanical Engineers; and Fellow of The Royal Academy of Engineering. In 2010 Coventry University awarded him an Honorary Doctorate of Technology and in 2014 he was appointed Professor, advising the university in the automotive field. He also holds a Doctor of Science Honoris Causa from Cranfield University and is an Industrial Professor at Warwick University.